The Taliban have allowed Jaish-e-Mohammed and Lashkar-e-Taiba to move their bases to Afghanistan. 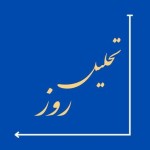 Rahmatullah Nabil, the former head of Afghanistan’s intelligence, says that despite the interaction with the Taliban regime in Afghanistan, India should not be put on the defensive. He warns that Pakistani terrorist groups targeting India, such as Jaish-e-Mohammed and Lashkar-e-Taiba, have shifted their bases to Afghanistan thanks to the Taliban and access to more technology and territory.

Mr Nabil says that while engagement with the Taliban is necessary for India’s “interests”, New Delhi should also keep its communication channels open with former leaders; Even if they are not in power now. Mr. Nabil, who worked as the head of the National Security Directorate (NDS) during the presidency of Karzai and President Ghani, had close cooperation with India during his tenure (2015-2010). It is said that he resigned due to Mr. Ghani’s visit to Pakistan and the decision to establish direct relations between security chiefs. In an interview with The Hindu on the sidelines of a conference of Afghan anti-Taliban leaders, Mr. Nabil also said that India had not granted him a visa after the Taliban took over Kabul in August 2021.

Referring to the fact that after the collapse of Ghani’s regime, he called his Indian counterpart to request a visa for himself, his mother and his family, and says: “We (officials of the previous regime) have no complaints from other countries, because we had no expectations; but we complain about our friends. [After August 15, 2021, even those who were friendly with India and those who had passports and diplomatic visas [were rejected] and their visa applications were cancelled.”

At the time, the government announced that it was canceling all visas issued due to security concerns and replaced it with a special “Emergency e-Visa” (Em-X-Misc e-visa) process. However, officials say that out of tens of thousands of applications received last year, e-visas have been issued to fewer than 300 Afghans, mostly Hindus and Sikhs. Mr. Nabil is among a number of officials and former ministers who have said that they are targeted by the Taliban because of their ties to New Delhi.

He says: “I was in contact [with India all the time]; Even after the fall of Kabul. When I asked about the trip, they canceled my visa easily. “After that, I never tried to contact those [Indians] and they [also] didn’t contact me.” India’s foreign ministry did not respond to requests for comment on the veracity of Mr. Nabil’s claim. Officials say that the issue of visas for Afghan nationals is decided by the Ministry of Interior, which has not yet commented. Sources said that “a number” of Afghan officials have been granted temporary entry into India, but many have been rejected.

No country, including India, has recognized the Taliban government. However, since the establishment of the Taliban regime in Kabul, the Modi government has sent senior foreign ministry officials to hold talks with Taliban leaders, and in June of this year launched a “technical mission” in Kabul to facilitate aid and development support to Afghans.

“We are not in a position to advise India now, and they know their national interests best, but they should not live under the illusion that the Taliban have changed,” says Mr. Nabil. “Even if they have good meetings and are warmly welcomed by [Sirajuddin] Haqqani, the Taliban’s interior minister, or other Taliban ministers, [they should know] that the sentiments of engineering are in [the Taliban’s] blood.”

At a Herat security meeting on the number of terrorist groups in Afghanistan, including Al-Qaeda-Indian Subcontinent (AQIS) and the Khorasan branch of the Islamic State (IS-K), Mr. Nabil said that thousands of “foreign fighters” were now stationed in parts of the country, such as the provinces. Kunar and Nuristan and are in the “preparation stage” of attacking neighboring countries including India and Tajikistan. He added that they have access to the latest technology and digital currencies and will turn Afghanistan into a “drug and terror center”.

Mr. Nabil said in his interview: “Therefore, the bases of these groups are in Afghanistan. They have the support of the Taliban and have free access to the remaining weapons from the American forces. They have access to biometric data. Pakistani intelligence no longer needs to directly support these groups. The Haqqanis are doing what the IS-K officials used to do. Pakistan has denied supporting terrorist groups and was recently removed from the Financial Action Task Force (FATF) gray list due to progress in combating terrorist financing.

فِبروروی 5, 2023 جنرال عثمان نجیب
We use cookies on our website to give you the most relevant experience by remembering your preferences and repeat visits. By clicking “Accept All”, you consent to the use of ALL the cookies. However, you may visit "Cookie Settings" to provide a controlled consent.
Cookie SettingsAccept All
Manage consent

This website uses cookies to improve your experience while you navigate through the website. Out of these, the cookies that are categorized as necessary are stored on your browser as they are essential for the working of basic functionalities of the website. We also use third-party cookies that help us analyze and understand how you use this website. These cookies will be stored in your browser only with your consent. You also have the option to opt-out of these cookies. But opting out of some of these cookies may affect your browsing experience.
Necessary Always Enabled
Necessary cookies are absolutely essential for the website to function properly. These cookies ensure basic functionalities and security features of the website, anonymously.
Functional
Functional cookies help to perform certain functionalities like sharing the content of the website on social media platforms, collect feedbacks, and other third-party features.
Performance
Performance cookies are used to understand and analyze the key performance indexes of the website which helps in delivering a better user experience for the visitors.
Analytics
Analytical cookies are used to understand how visitors interact with the website. These cookies help provide information on metrics the number of visitors, bounce rate, traffic source, etc.
Advertisement
Advertisement cookies are used to provide visitors with relevant ads and marketing campaigns. These cookies track visitors across websites and collect information to provide customized ads.
Others
Other uncategorized cookies are those that are being analyzed and have not been classified into a category as yet.
SAVE & ACCEPT